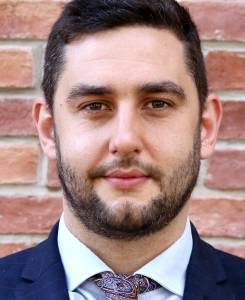 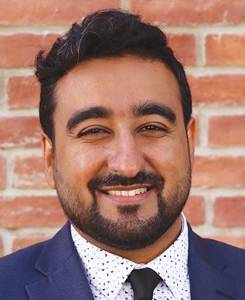 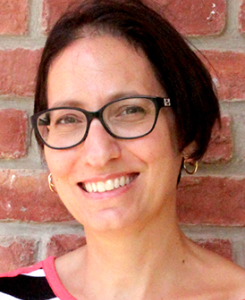 Head of English as an Additional Language and Teacher 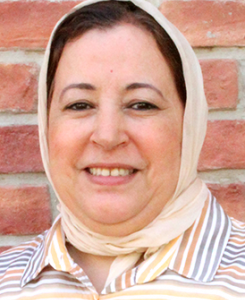 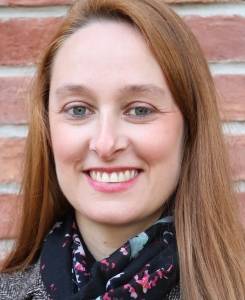 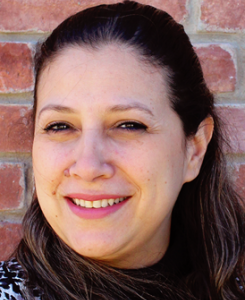 I am Mr Vitale. I graduated from Liverpool John Moores University in 2011. I have been a Maths teacher ever since. My most recent post was Lead practitioner in Maths at a large school in Shrewsbury, Shropshire. I am passionate about getting all pupils engaged in maths and achieving high standards. I look forward to supporting pupils at BISC on their learning journeys.

Mr Daswani teaches Business Studies. He graduated with a BSc (Hons) International Business Management from Cardiff Metropolitan University. He also spent time in Glion Institute of Higher Education in Montreux studying Hotel Management. He has teaching and school administrative experience at Casablanca American School and International School of Morocco before joining BISC. He has been a graduate teacher of Business Studies at BISC since 2019. He is currently completing his International PGCE teaching qualification and is able to offer our students a wealth of practical experience, as prior to his move into teaching he was the Director of Sales and Purchasing in a textiles company and also has experience in the advertising and hospitality sectors.

Miss. COPPOLA has a BA in French and German from The University of Liverpool and a PGCE in Modern Foreign Languages and English as a Second or Other Language (ESOL) from The University of Manchester.
Mrs. COPPOLA has 19 years of teaching experience in 7 different countries.
Mrs. El Otmani has a Bachelor’s Degree in Language and Literature, with a Major in English Literature from Kadi Ayyad University, Marrakech. In her 23 years of experience in education, she has undertaken numerous project supervision, school inspection, staff evaluation and other administrative roles. This work has allowed her to develop substantial expertise in the field of school strategic planning.
Mrs. El Otmani has also been trained and served as an International Baccalaureate (IB) Coordinator, a role which has involved her in the professional development of teachers with regard to this curriculum.

Miss Hall joined our staff in January 2020. Before coming to Morocco, she was teaching English at a bilingual school in Madrid.
She took a degree in International Relations and French from the University of Kent, an MA in Sociology from the University of Bristol, and a PGCE in Citizenship from Canterbury Christchurch University, all in the UK. She also completed a TEFL course in Rome.
She has taught English in Greece, Colombia, and Spain. She is bilingual in English and Spanish, and has also taught Spanish in her native Gibraltar. Her main hobby is Latin American dancing. 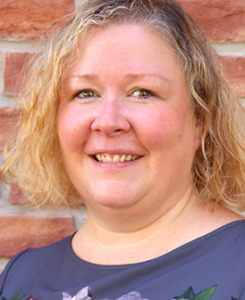 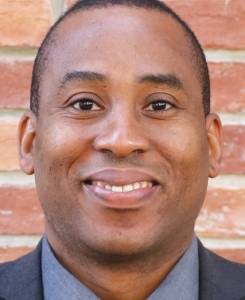 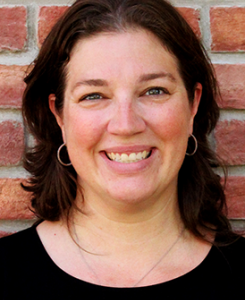 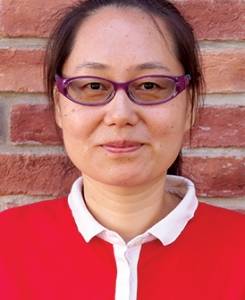 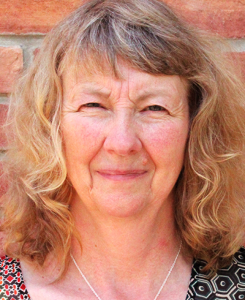 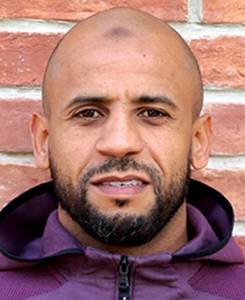 Miss SARSON has a BA (Hons) in American Studies from the University of Manchester, where she won the Kaiser Prize for an Outstanding Dissertation. She spent an academic exchange year at Louisiana State University. After a successful career in retail and HR, she decided teaching was her vocation and obtained her Qualified Teacher Status with the Merseyside and Cheshire Graduate Teacher Programme.
Miss Sarson has been teaching and leading teams of teachers for well over ten years. She has taught English from KS3 to KS5 and has successfully taught all three English A Level subjects (Literature, Language and the combined Lang/Lit course.) She has been a Sixth Form Progress Leader in addition to her Curriculum Lead role.
She has organised teacher conferences and delivered training for teachers throughout the north west of England. She was a mentor for trainee and early career teachers. She has been an examiner in A Level English Literature and GCSE English Language and is a member of both the Chartered College of Teaching and the National Association for the Teaching of English.

Mrs. Mouak took her bachelor’s degree in English Literature at the University of Mary Washington and her masters and teaching licensure at Old Dominion University, both in the USA. She taught English composition at Old Dominion and the Culinary Institute of Virginia and taught at secondary level in the public school system in Virginia.

Ms. LIu has a Bachelor’s degree in Science and Technology from the University of Anshan in China. She had a number of roles in commerce and industry before joining us as our first teacher of Mandarin.

Mrs. Walker joined us in September 2018. She took a degree in Geography at Aberdeen University and then trained to teach the subject and Religious Education at Jordanhill College, Glasgow, from where she also obtained Diplomas in Education and in Special Educational Needs (SEN). Before moving to Morocco, Ms. Walker taught Psychology and Geography at a number of schools in Scotland, as well as working in a range of educational support services.

Mustafa khalfi ex captain of Morocco national team basketball, certified coach by Morocco federation level one and member of the Mohamed 6 sports champions foundation.
Now he is the Basketball coach at the british international school of Casablanca . 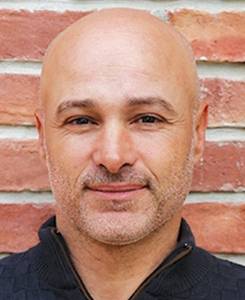 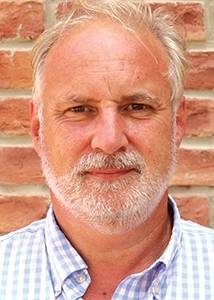 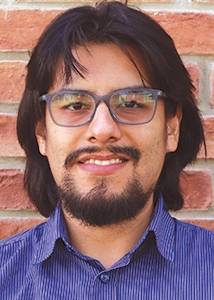 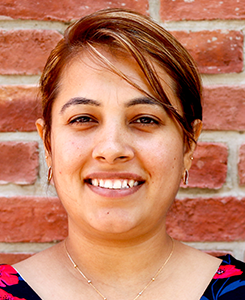 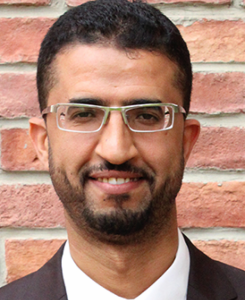 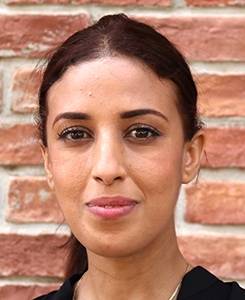 Mr Gillespie-Payne has enjoyed a varied working career, firstly as a British Army officer where he saw operational service in Northern Ireland, Gulf War 1991, Rwanda and Bosnia, and then as a professional expedition leader. He has explored deserts and jungles and has climbed extensively in mountain ranges around the world including the Himalaya, Rockies, Alps and Andes as well as the Atlas here in Morocco.
Mr Gillespie-Payne has been teaching for the last 14 years in the UK, UAE and Egypt in both boarding and day schools; he has led Departments and Faculties as well as having been a Senior Housemaster. He has appeared on the History Channel’s Battlefield Detectives and is a published non-fiction author, in both historical and expedition fields. Mr Gillespie-Payne’s motivation for teaching, apart from encouraging a love of History, is to help children develop life skills and personal qualities in order to become the very best they can be.

I received my degree in audio engineering from the Orson Welles Technological Institute in 2007 in Lima-Peru, where I worked in the live music industry and the recording industry with various national and international musical groups.
Later, in 2011, I received my degree in Musical Arts from the Technological University of Chile, to later work on different artistic and educational projects. In 2016 I came to Morocco to work as a music teacher at an international school in Morocco.
Throughout my musical development I have been part of different musical groups in different genres, such as: jazz, folk, rock, funk, rap, avant-garde, fusion music, world music, among others, sharing stage and rehearsals with high-level international musicians

Mrs Tamanna Mujardi has an expertise in Biology . She is a pharmacist and has experience in medicine since past 8 years. She has attained Master qualification in Business administration with related to pharmacy. She has an experience of teaching in an international school in India as well as the tutoring experience to different age children . She did online pedagogic training regarding the behavioural aspects for different age children. She says Science recides everywhere and need to be taught to everyone in better understanding of our surrounding.
She thinks every child is different and should be appreciated for whatever special skills he has .
With her strong beliefs of imparting knowledge and effective skills she has to our children , she wants to make them little scientist and explorers. She wants to make them love Science the way she sees it and love it.

Mr. ABDERRAZAK has a degree in Law from Hassan II University in Casablanca. He has over 12 years of experience, obtained both in Morocco and internationally.

I have a license in French Literature option Communication and Media. I started my professional career in 2011 in the written press as a Journalist for the French-language daily Le soir Echos, I had the opportunity to deal with different types of subjects: SOCIETY, ECONOMY, CULTURE. I made several reports and made interviews with various public figures. I have a Certificate in "ANTENNA PRACTICE IMPROVEMENT". awarded by the Association of Independent Radios and Televisions and the Embassy of the United States. I worked for CHADA FM radio as a journalist columnist for the Good morning program, broadcast in prime-time where I chronicled the news of the week, I participated in the coverage of several events of scope and press conferences. In 2016, I reoriented myself towards teaching, I started teaching in an American school then I joined the Groupe Scolaire la Résidence AEFE approved, as a school teacher, I taught all the subjects: French, Maths, Science, Arts, Literature, EMC. I participated in the development and implementation of several class projects and I had the opportunity to follow several pedagogical trainings with highly qualified French trainers and teachers. 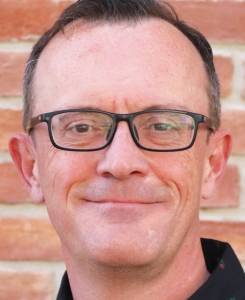 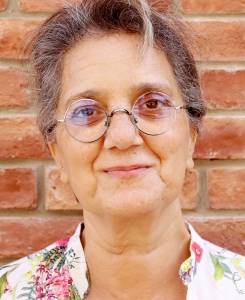