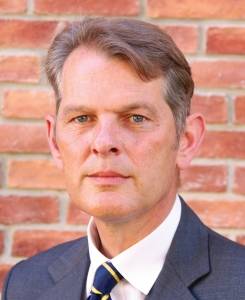 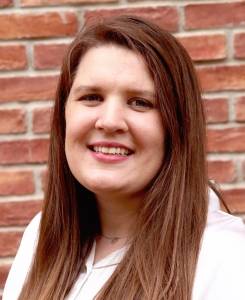 Mr UDY joins us after a successful period of senior management positions within The United Kingdom independent sector over the past 15 years. He holds a BSc (Hons) in Geography from Kingston University, London and attended The University of East Anglia where he attained his PGCE Geography in 2006. Prior to teaching he attended The Royal Military Academy Sandhurst, where he was Commissioned into The 14th/20th Kings Hussars and served overseas in Germany, Canada, Bosnia, and Cyprus.

Passionate about improving the academic standards of students, at his last school he designed and implemented an educational programme which dramatically raised the performance of everyone regardless of their ability with many of the students attaining places at The United Kingdom’s finest universities – including Oxford, LSE and Imperial London and other prestigious institutions both in the UK and internationally.

A staunch believer in collaborative leadership, he understands that building strong relationships with both staff, students, parents, and the local community is a fundamental aspect of driving up academic standards. Having an ‘open-door’ policy has been a feature of his teaching career to date and he is looking forward to continuing this over the coming years.

Passionate about all things equine, Mr Udy played polo for The British Army in Germany as well as Cricket for the Combined Services in 1997. However, he will freely admit that his greatest sporting love is Rugby and still cites his time playing for Bath RFC U19’s as his greatest ever sporting achievement.

Believing every student has the potential to succeed is essential if we are to truly harness the talents of the people we teach.
Miss Field has 25 years’ experience in education, including 18 years as part of the senior leadership of schools. She graduated from Birmingham University, UK with a B.Ed (Hons) in 1995, her main subject mathematics, and gained her NPQH (National Professional Qualification of Headship) in 2008. She joins us after 3 successful Primary headships – two of those in the UK and the most recent as Head of Primary in Johor Bahru, Malaysia. Over the course of her career, she has taught all Primary year groups and co-ordinated almost every single subject so has hands on experience at every level in Primary. The schools’ she led in the UK were both in the top 10% of the country for their academic results.

She also has extensive experience of Safeguarding having been a Designated Safeguarding lead for the past 12 years. In her previous school she was the safeguarding lead for the whole campus from 3 – 18 years old. When working in the UK she was also a member of the Local Children’s Safeguarding board and involved in a number of serious case reviews. She has enjoyed this vital yet challenging role and understands the importance of ensuring the safety and well-being of all students.

She firmly believes that Primary Schools should be places of joy and wonder – stimulating environments, hands on experiences and a wide variety of activities to fuel children’s learning and spark their curiosity. Schools should be fun places, filled with smiles and this enjoyment in learning will inevitably lead to great academic success.
Ms Cashel has over a decade of teaching, coaching and educational management experience both in the UK and Internationally in Sweden and Qatar. In 2010, she graduated from Stranmillis University College, a College of Queen’s University Belfast, UK with a B.Ed (Hons).

Ms Cashel’s specialist subject is in Business and all related fields of study such a Accounting, Enterprise and Economics. She has delivered these subject areas across a range of educational pathways including; Pearson BTEC Level 1-5, Cambridge GCSE/IGCSE and A Level as well as the International Baccalaureate Diploma Programme (IBDP). Ms Cashel is keen to support the development of suitable pathways at BISC that support empower students to attain their personal best.